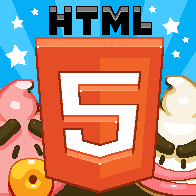 It has been a long time since we last posted on the blog so there is a lot to get through so settle in!

Today’s big news is that we can finally tell you what we are doing to keep our flash games alive past the end of this year when flash will be removed from popular browsers.

We have behind the scenes been working with the super talented guys at Poki (https://poki.com/) to make our games playable in HTML5! This means they will remain playable in browsers the way they were designed to be played!

The first game is Bad Ice Cream which you can play TODAY by navigating to our brand new HTML5 section: www.nitrome.com/html5-games. More games will be following starting with the Bad Ice Cream sequels over the next two weeks and when we're done, we hope to have the entire flash catalogue of 130+ games playable in HTML5!

Time to talk a little more about the HTML5 versions. They are not ports! The games are running off the exact code of the original games pulled directly from the original flash files. What the wizards making this happen have made is more comparable to an emulator…a Nitrome emulator…eek! Being an emulator of sorts some people may see performance differences to these versions but the code is highly optimised and will improve even further as the team continue to work on it.

Nitrome now have a Discord channel: https://t.co/d7JkJj0G2f . As well as being a great place to discuss all things Nitrome this the place we will be posting early betas of the new games that get converted. Please do sign up here if you are interested in trying them and there will be instructions on how to report any issues you may find with them.

The games being in HTML5 brings some additional benefits. More ideas may be added over time but added today is the ability to play these games on mobile browsers! Please note: You may require a newish phone for the games to run full speed and there are some limitations from the games not being designed with mobile in mind. That said we think the results were well beyond our expectations. We worked closely with Poki to design virtual control overlays that can be configured on a per game basis. Need more than one button check, d-pad or analogue stick check. Landscape or Portrait…both! Please give it a go and let us know what you think! There is even a hidden Easter Egg in there that some of you may find if you look hard :)

You may notice that we have updated the site. We did this to house the new HTML5 games but this also gave us an excuse to do a little house cleaning elsewhere to bring things a little more up to date. We have updated the Mobile section to have all our mobile game, Our Steam section now has our launched Steam games and we finally now have a Console tab to house the games we have launched there. We are very happy to say that we have managed to get the original Nitrome website developer Tom McQuillan back in order to make these website changes! Thanks for that Tom!

You may remember in our previous post that we said we were making a new website. This is not that site. Our intent at the time was to make a new website that focused on games outside of the browser. It was going to be heavily stripped back and more business focused. We progressed some way with this direction but ultimately changed our minds that this was the way we wanted the site to go. A large part of that decision was due to the HTML5 versions of the games becoming a possibility. We still intend to make a new site that will be more responsive (scale and adjust for various mobile, tablet and desktop set ups). We do not have a clear idea yet on when that might happen and as such are not going to make any estimate on when that might arrive. We will give more news when we have more concrete plans.

Finally, as we have not posted an update in so long, we wanted to highlight our move into the Console space and update you on our missed mobile offerings. If you follow us on Twitter where Nitrome are much more active you would hopefully know this but we are aware that not everyone does so here is a recap.

We launched our first console game Bomb Chicken to the Nintendo Switch in July 2018 http://bombchickengame.com/. It was featured in one of Nintendo’s prestigious Nindie Directs and went on to get a Physical release by our friends at Limited Run. Limited Run also helped us port the game to Playstation 4 and produce a physical release for that too. We also launched a Steam version of the game and more recently the game has landed on mobile devices so it is pretty much everywhere at this point!

In April we launched our second console release Gunbrick: Reloaded on Switch and Steam http://gunbrick.com/. The game is a heavily expanded version of our previous mobile release ‘Gunbrick’ which was awarded Editors choice by Apple at the time. The game now includes brand new isometric levels taking the gameplay in a whole new dimension! The games origins can be traced all the way back to Nitrome’s very first icon game (a game that can be played in the 50 x50 pixel icon) back in 2012! Were happy to say this version made its way into this release too :)

Last year we announced a big new console project that is Shovel Knight Dig https://yachtclubgames.com/shovel-knight-dig/. It is a spin off title based in Yacht Clubs Shovel Knight Universe. This is by far Nitrome’s biggest and most polished game to date. Please follow our progress on the title on Twitter https://twitter.com/Nitrome and if you haven’t seen it watch the reveal trailer here: https://www.youtube.com/watch?v=oPfiBU4ifjs.

On mobile there have been 14 games release since we last updated! We brought our flash games In the Dog House, Colour Blind and Turn Undead to mobile all sympathetically adjusted for the touch screen and widescreen format and with various extras. We also made a full on sequel to Turn Undead too!

Really there are too many to link to here so for more news and links on these please head to our vastly updated mobile section here: nitrome.com/mobile.

We really can’t leave the mobile conversation without mentioning Nitrome’s most successful game to date! Leap Day has just on Monday had it’s fourth anniversary and as we have every year, we launched a big content update for the game. For those not in the know Leap Day is a single touch platformer that has a new level every day…yes that’s over 1460 levels at this point! (OS: http://tinyurl.com/y7arwadt GooglePlay: http://tinyurl.com/y9yzbuah)

Whew that was a lot to get through but I hope anyone who read it all will agree it was all good stuff. Nitrome as always have even more good things going on behind the scenes so you can look forward to even more news in the future.

From the Nitrome Team