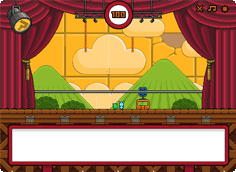 We have made some small changes to Skywire VIP Extended. We have removed 'My Neighbour Totoro' from the line-up. The reason was due to the difference in the UK and US spelling of the word Neighbour.

Some of the Z-listers have been introduced to the games line-up as a result, but we can't tell you which ones! There was a spacing issue with some of the characters that's also been fixed.